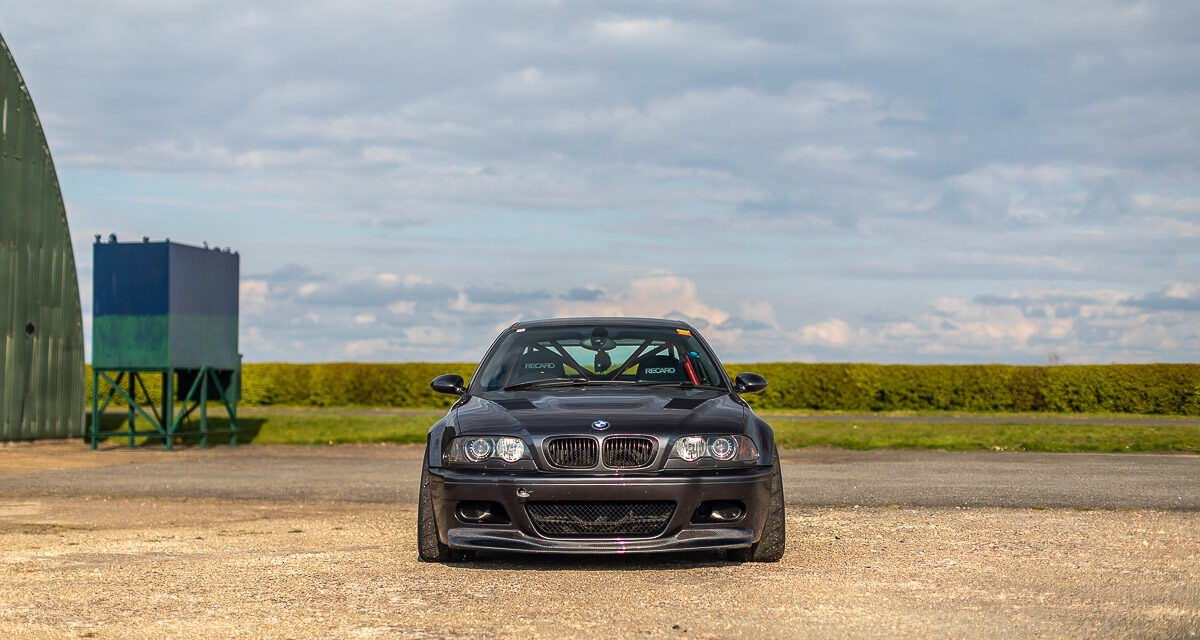 The third post-lockdown track day of the year we attended was Opentrack’s superbly-run track day at Bedford Autodrome. This is one of the ex-F1 driver, Jonathan Palmer’s tracks and it was built on Thurleigh Airfield that was home to the 306th Bombardment Group from 1942 to 1945. Many American B-17 Flying Fortresses operated from this airfield during WWII. This facility is located in the sleepy village of Thurleigh in Bedfordshire, a mere 60 miles from my house in West London.

We’d be using the ‘GT’ circuit layout which is 3.8 miles long and has 18 turns or corners and three straights.
The event’s timetable’s first activity was the driver ‘sign on’ at 7:30 am and the next significant event was the ‘sighting’ laps at 9:00 am. This circuit has one of the strictest noise limits of any UK track in the country: 101 dB static and 87db driveby. Each car was ‘noise tested’ and only those which did not breach the static limits would be allowed onto the circuit. Passing the static test does not mean you will pass the drive-by tests though as many drivers have found out. If you breach the drive-by noise limits twice, that is it. Your day is done. I found this out to my cost the first time I visited this track in a 911 GT3.

I’m not sure why the Bedford circuit is not universally loved among track day enthusiasts. I think it is because it is flat and featureless and lacks the elevation changes of Donington or Brands Hatch.
I like it though, despite its lack of elevation changes. It has almost every type of corner you can imagine, fast, medium and slow. It also has three straights, the longest which is a full 1km in length. It is a fast technical track that rewards good technique and a well-balanced car.

I always arrive at a track day as early as possible simply to watch (and photograph) the other cars as they arrive. This is one of my favourite aspects of any track day. There is usually a vast array of cars, from the track day specials to standard sports cars and everything in between. There was even a Seat diesel belching smoke around the lap. Don’t laugh, because I think the driver of said diesel hatchback had just as much fun as anyone else, and that is the point of a track day. I’ve also seen a few Teslas at these events but the less said about them, the better.
There was the usual smattering of track-prepared cars like mine and a few examples from Porsche’s Weissach division. If any car represents track days it surely is a Porsche ‘GT’ car.

I had my usual early morning wander around the pits and it is fascinating to see what others have done to their cars just to coax more performance and reliability from their cars. There were some ingenious fixes and modifications on display, many homemade. The most ingenious and incongruous modification I saw was the wooden splitter fitted to the blue E46 M3. Several years old and still doing the job it was intended to do. Cost? £20. Eat your heart out, Team Schirmer.
There were so many interesting cars present, it is impossible to list them all, I think I did photograph most cars present and the resulting pictures are in the galleries in this article.
I think my favourite car on this particular day was the Giallo Modena (Yellow) Ferrari F8 Tributo. Those present on that day will know why I picked it as my favourite.

Shortly after 9 am, we set off on the mandatory ‘sighting’ laps. These are 2-3 laps behind the ‘course’ car at reduced speed, similar to the safety car laps in Formula 1. These laps provide a first feel of the circuit conditions and provide a first look at the circuit layout. Overtaking is forbidden and at an Opentrack event, if you spin during the sighting laps, your day is done for obvious reasons.
We all filed back into the pits at the end of 3 sighting laps to await the signal that the track was open for the day’s track action.

I normally wait 20-30 minutes for the ‘crazies’ to go out and cause the inevitable early red flag. This surprisingly did not happen and I cannot recall any significant stoppages on this particular track day.
Shortly before 10 am, I climbed into the Recaro bucket seat, strapped in, and made sure the Sparco 4-point harness was tight, donned my helmet and gloves, and trundled down the pit lane.
I did one warm-up lap then three ‘flying’ laps before coming back into the pits after a further ‘cool down’ lap This would be the pattern I’d follow throughout the day.

I parked the car in the pit lane to let everything cool down and checked the tyre pressures. It was a hot day and man and machine needed rest after each ‘stint’. It was during these rest periods I took all the pictures included in the galleries in this article.

I had not been to this track in a long time and it took me a while to establish a rhythm and start lapping at a sem-decent pace (for me). It was not till after lunch before I really started to enjoy myself on the track and begin to extract more of this car’s potential.

Flash across the start line at just over 90mph, brake hard for the left-hand hairpin T1, drop one gear to 2nd, clip the kerb on the inside and accelerate hard through the left kink T2, all the way to the chicane T3 and T4. I just ‘straight line’ the first part of the chicane, my car riding this part as if it was almost flat. Then it is into another fast left-right chicane, T5, and T6 where I’m trying to build up as much speed as possible. I always lift unnecessarily through T6 and was subsequently told off for doing that. The 90mph + back straight is next and I bring the car over to the right then brake, drop one gear to take the fast left sweeper T7. This is followed by a tight right-hander which leads onto an acceleration zone. I bring the car to the right and brake before I hit the tight left-hand hairpin, T8, which leads on to the 1km straight. My car does not accelerate cleanly out of T8, the standard LSD struggling to transfer the power I was trying to apply to the tarmac. My Drexler LSD upgrade cannot come quickly enough.

This 1km straight shows another issue I’m dealing with, the overly long standard gear ratios I still have. I hit 124mph by the end of the straight before hitting the brakes hard at the marker board, the AP Racing 6-piston brakes wiping off a good chunk of that 124mph in the blink of an eye, as I slow for the insanely fast chicane, T9, and T10. I always brake too early and too hard for this chicane, taking it at 80mph in 4th gear instead of 90mph. I exit this chicane and quickly build up speed to 111mph on the next straight which leads on to another tightening left-hand hairpin. I brake hard on the right and drop two gears for this hairpin.

I accelerate hard out of this hairpin and grab 3rd just before the next fast right-hander, I use as much of the track as I dare and bring the car right before braking a bit, then turn left at the orange marker cone on the right. This leads to T14, another left turn, the car understeers a bit here and I can feel the tyres getting hot.

It is a short straight to T15, a fiddly tightening hairpin, before a short squirt to the T16, a double apex right-hander where you have t0 be patient with the throttle. I always struggle with traction and applying power out of these types of turns in this car. You can clearly hear the stuttering as I try to apply power. I cannot wait for my Drexler limited-slip differential to be installed. Then it is on to the South straight, I always find I brake too hard and too early for T17, a right-hander, at the end of the straight. T18, the final right-hand corner that leads onto the start-finish straight is next, and it is always a balancing act through it. I try to carry as much speed as possible without running too wide or spinning off. Many spins on this track happen at this final corner.

Less than three minutes after crossing the start/finish line, we are flashing across again, another lap of the Bedford Autodrome completed. I really do enjoy driving at the track, each lap is long, fast and challenging in equal measure. The track also ruthlessly exposes a car’s (and driver’s) deficiencies and it takes time to be really quick on this track. Needless to say, I’ll be back, on the 31st of July.

Track days are fun and enjoyable. There are a few reasons apart from the driving that makes them so. One is the sheer variety of cars on display, the other is the people you meet at these events. I have always, ALWAYS, made at least one new friend at every single track day. I think a shared passion brings the best out of people and I’m never bothered about attending a track day alone, because you are in fact, never alone on a track day.
You also gain a lot of interesting insight into the mindsets of others, what makes them tick, and what makes them spend thousands and thousands of pounds (and hours and hours fettling their cars) just to drive around a track in the middle of nowhere.
Motorsport at any level is expensive and most of them get no reward except the pleasure of driving fast and pushing the limits of their cars (and themselves) on a track. Admirable.

I have not published many articles in the last few months, the pandemic, work and kids have made writing very difficult. I will be publishing many more articles in the future because I have so many stories to tell and thousands of pictures to publish. I hope you have enjoyed this article and please let me know what you think in the comments section below. 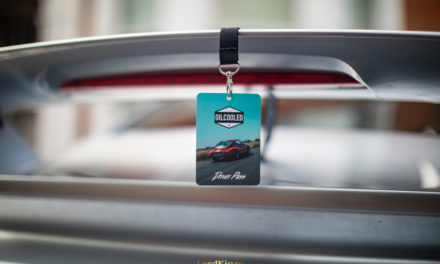 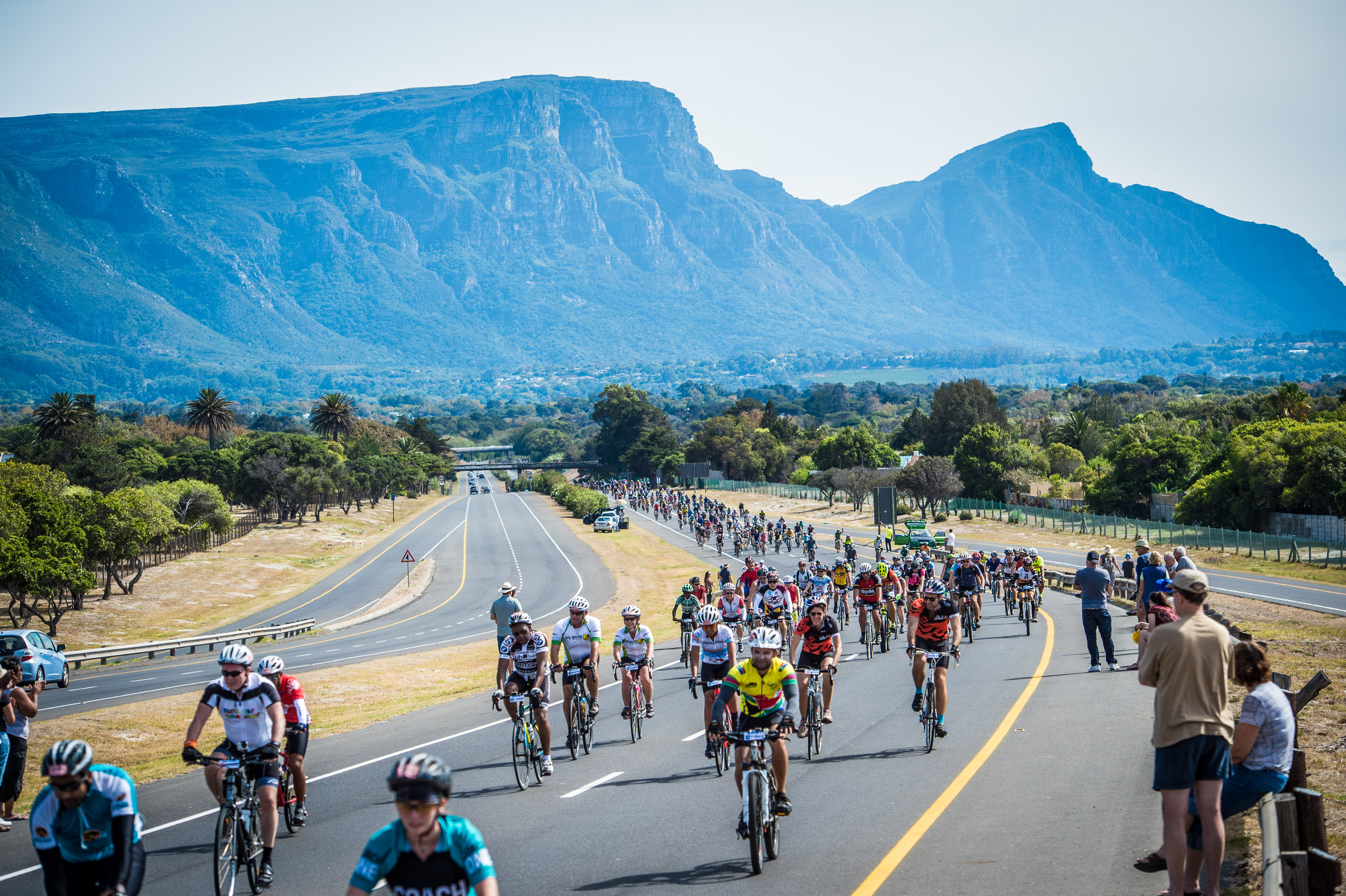 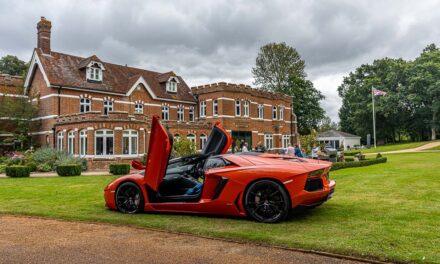 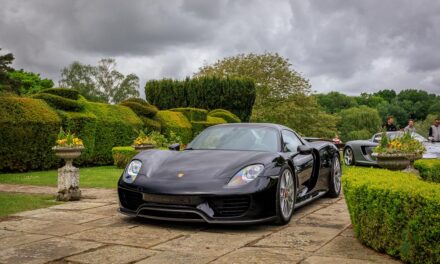 Porsches By The Lake